R-value is the unit used to measure an insulating material’s capacity to resist heat flow. Materials with higher R-values are better insulators.

“R-Value” (an expression of heat transfer resistance) is the standard for measuring insulation performance. At R3.6 to 3.8 per inch, cellulose insulation is considerably better than most mineral fiber blowing wools. But, R-Value is only ONE factor in the energy efficiency of a home. Studies of actual buildings regularly show that cellulose-insulated buildings may use 20% to 40% less energy than buildings with fiberglass, even if the R-value of the insulation in the walls and ceilings is identical.

A blower door is a powerful fan that mounts into the frame of an exterior door. The fan pulls air out of the house, lowering the air pressure inside. The higher outside air pressure then flows in through all unsealed cracks and openings. The auditors may use a smoke pencil to detect air leaks. These tests determine the air infiltration rate of a building.

Blower doors consist of a frame and flexible panel that fit in a doorway, a variable-speed fan, a pressure gauge to measure the pressure differences inside and outside the home, and an airflow manometer and hoses for measuring airflow.

Hot To Prepare Your Home For Such A Test

Take the following steps to prepare your home for a blower door test:

Why its Important to Understand Your Energy Bills?

What Can Previous Bill Tell You?

How Can You Use This information?

“Stack Effect” is when warm air moves upward in a building. This happens in summer and winter, but is most pronounced in the winter because indoor-outdoor temperature differences are the greatest. Warm air rises because it’s lighter than cold air. So when indoor air is warmer than the outdoor air, it escapes out of the upper levels of the building, through open windows, ventilation openings, or penetrations and cracks in the building envelope. The rising warm air reduces the pressure in the base of the building, forcing cold air to infiltrate through open doors, windows, or other openings. The stack effect basically causes air infiltration on the lower portion of a building and exfiltration on the upper part.

Mechanical equipment such as fans and blowers causes the movement of air within buildings and through enclosures, which can generate pressure differences. If more air is exhausted from a building than is supplied, a net negative pressure is generated, which can induce unwanted airflow through the building envelope.

Bathroom exhaust fans, clothes dryers, built-in vacuum cleaners, dust collection systems, and range hoods all exhaust air from a building. This creates a negative pressure inside the building. If the enclosure is airtight or the exhaust flow rate high, large negative pressures can be generated.

Air infiltration is almost as important as R-value in the thermal performance of a building. Infiltration of unconditioned ambient air means that heating and cooling systems must expend more energy to compensate for the infiltration.

A common misconception is that vapor barriers are required in all insulation installations. With Cellulose insulation, a vapor barrier is not recommended except in very cold weather or high moisture areas such as spas or pool buildings. However, many building codes do require an Air barrier or Vapor retarder to be installed. Check your local building codes for compliance.

Insulation inhibits the movement of air from warm to cold (and vice versa) by trapping air or gas between its fibers or pores. The higher the density of the material used, the better it is at inhibiting the movement of air. Cellulose insulation has a high density compared to fiberglass.

Blow-in Cellulose insulation seals houses better by limiting the air flow, not only through the insulating material, but also around difficult to insulate areas such as the gaps around electrical boxes, wiring and plumbing. Cellulose insulation can also handle non-standard or off-center wall stud spacing areas better than batts.

Field tests have shown that Cellulose insulation can provide a building envelope that is 36% tighter than a fiberglass insulation seal.

To prove the point, Canadian engineers conducted a test on a new cellulose-insulated home for air tightness. First the engineers measured the air leakage with a polyethylene air/vapor barrier around installed before siding had been installed. The engineers then slit the polyethylene air/vapor barrier in approximately 20 places and retested air leakage of the building. There was absolutely no change in measured air leakage. Additional Smoke Pencil Testing at the slits showed “not a breath” of air leakage.

Air leakage control is an important but commonly misunderstood component of the energy efficient house. Tightening the structure with caulking and sealants has several positive impacts.

A tight house will:

Air leakage (sometimes called infiltration) is the unintentional or accidental introduction of outside air into a building, typically through cracks in the building envelope and through use of doors for passage. In the summer, infiltration can bring humid outdoor air into the building. Whenever there is infiltration, there is corresponding exfiltration elsewhere in the building. In the winter, this can result in warm, moist indoor air moving into cold envelope cavities. In either case, condensation can occur in the structure, resulting in mold or rot.

Homeowner Checklist to Save Energy

Take this with you!

We have put this into PDF form so you can have this checklist with you wherever you go.

It also includes two bonus tips from our Expert Tim!

Understanding of Principles of Heating and Cooling

Insulation plays an important role in how a fire spreads and moves around the home. We don’t like to think about the scenarios but unfortunately they do occur and need to be addressed before the possibility happens.

Tests conducted by Underwriters Laboratories Inc.® show that Cellulose insulation provides an effective 1 hour fire rating. This will slow the spread of a fire allowing you more time to escape any danger. This is because Cellulose is specially treated using Borate Compound Chemicals as a fire retardant in the manufacturing process to meet or exceed all fire safety requirements.

The following table shows two key measures of how three types of insulation react in a fire: speed of “Flame Spread” and “Smoke Developed.” The lower the numbers, the better.

Flame Spread refers to the speed at which flames “spread” along the surface of the insulating material. “Smoke Developed” refers to the amount of smoke that is produced while the product burns. In most house fires, it is not the flames which cause serious personal injury but rather smoke inhalation. Smoke also increases confusion during a crisis and obscures important fire exits.

Another important feature when opting for cellulose insulation represents the fact that it is treated with boric acid, which is an efficient pest hindrance. When insects absorb or come into contact with boric, it kills the creatures without breach into your home. The result is a thermally and acoustically superior insulation product that is environmentally sensitive and also helps control pests!

Insulation provides very effective sound control to minimize outside noises and between rooms (if the interior walls are insulated). Many people only focus on the energy savings that can be achieved with Cellulose insulation but overlook the benefits that come from improved sound insulation. If you have ever walked into a house that is not insulated you will immediately notice that noises from outside of the house are “louder” than in an insulated home. This is because the sound transmission coefficient (STC) is lower. The STC is a calculation of the acoustic performance of a wall or ceiling and a higher number is better than a lower number.

Drywall and lumber have low STC ratings compared to walls or ceilings with Cellulose insulation in them. Unless you are looking for perfect acoustic control, adding Cellulose insulation within interior walls is the most cost-effective and efficient way to minimize sound transmission between rooms or from the outside.

Your bathroom is likely one of the most humid rooms in your house. Every time you take a hot shower or use warm water to wash your hands, you’re releasing more moisture into the air. Moist air provides a perfect environment for mold and mildew growth. There can be serious effects to this, too — both microscopic organisms can be detrimental to your health.

Unfortunately, there’s no real way to keep mold spores out of your house. The only way to prevent mold and mildew from thriving in your home is to regulate the interior humidity. Mold lies in hibernation everywhere and grows when the moisture in the air is suitable to its needs. So the problem really lies with home ventilation, condition, materials and insulation. All of which can be controlled.

In addition to being dangerous for your health, mold and mildew can damage walls, floors and anywhere else they grow. This compromises the structural integrity of your home posing even greater risk to all who live in it.

What is an ice dam?

An ice dam is a ridge of ice that forms at the edge of a roof and prevents melting snow (water) from draining off the roof. The water that backs up behind the dam can leak into a home and cause damage to walls, ceilings, insulation, and other areas. Figure 1 shows a cross section of a home with an ice dam.

Since most ice dams form at the edge of the roof, there is obviously a heat source warming the roof elsewhere. This heat is primarily coming from the house. In rare instances solar heat gain may cause these temperature differences.

Heat from the house travels to the roof surface in three ways: conduction, convection, and radiation. Conduction is heat energy traveling through a solid. A good example of this is the heating of a cast iron frying pan. The heat moves from the bottom of the pan to the handle by conduction.

Another example of radiation is to stand outside on a bright sunny day and feel the heat from the sun. This heat is transferred from the sun to you by radiation.

There is another type of convection that transfers heat to the attic space and warms the roof. In Figure 1, the winding arrow beginning inside the house and going through the penetration in the ceiling, from the light to the attic space, illustrates heat loss by air leakage. In many homes this is the major mode of heat transfer that leads to the formation of ice dams.

Exhaust systems like those in the kitchen or bathroom that terminate just above the roof may also contribute to snow melting. These exhaust systems may have to be moved or extended in areas of high snow fall.

Other sources of heat in the attic space include chimneys. Frequent use of wood stoves and fireplaces allow heat to be transferred from the chimney into the attic space. Inadequately insulated or leaky duct work in the attic space will also be a source of heat. The same can be said about kneewall spaces.

So it is primarily heat flowing from the house that is causing the nonuniform temperatures of the roof surface leading to ice dams.

Ice dams can be prevented by controlling the heat loss from the home.

We are available by email, phone and text
greeninsulationexperts@gmail.com 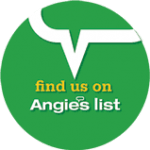